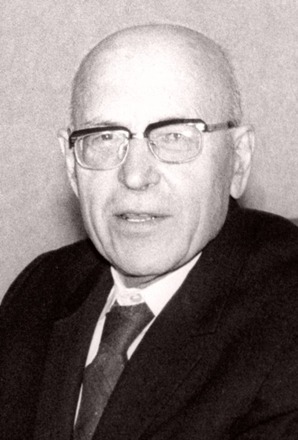 1952–1955 — Head of the Administration of Industrial Complex No.18 under construction.

From 1952 until 1962, the first processing facility — a catalyst plant — was commissioned (1954), as well as many other facilities, including a machinery and repair plant, a heat and power station, Novo-Ishimbaisky Refinery, and plants producing polyet hylene, sulphuric acid, urea, and aerogel.

A gas plant and a hydrogenation plant were put into operation. Hydrogenate was derived — synthetic liquid fuel — a target product of the initial project of the Industrial Complex.

Two decisions of significant importance for the Industrial Complex were taken:

The social sphere and amenities of the Industrial Complex and the town was developing — Neftekhimik Cultural Centre was built and the first trams were introduced.

Ivan A. Berezovsky was awarded two Orders of the Red Banner of Labour (1958, 1965) and the honorary titles — Honored Worker of Science and Technology of the BASSR and Honored Veteran of Labour — for his contribution to the development of the Industrial Complex.