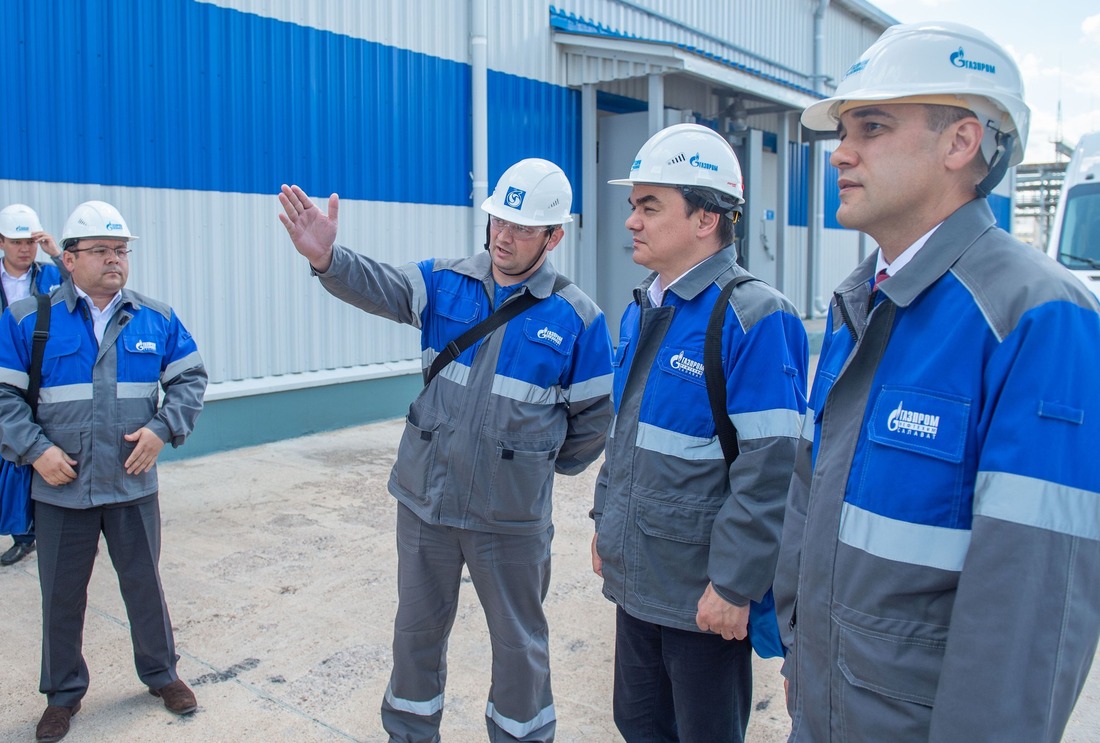 On the 4th of July Senator Irek Yalalov made a working trip to Salavat. Accompanied by Dinar Khalilov, Mayor of Salavat, he visited Gazprom neftekhim Salavat industrial site and held a personal meeting with Ayrat Karimov, Director General of the Company. The delegation made a tour of Acrylic Acid Plant started up in 2017. It is worth reminding that the plant is the largest one in Russia, producing acrylic acid and glacial acrylic acid used as a feedstock in the manufacture of paints and varnishes, cosmetics and hygienic products.

— Having built this plant we increased production of butyl acrylates, acrylic acid and glacial acrylic acid in Russia — said Ayrat Karimov. — Generally speaking, we created a raw material base that entailed sustainable growth. Some day or other we shall build a Superabsorbent Polymers Unit. So it will be 100 % import substitution. This feedstock is not produced in Russia at all. 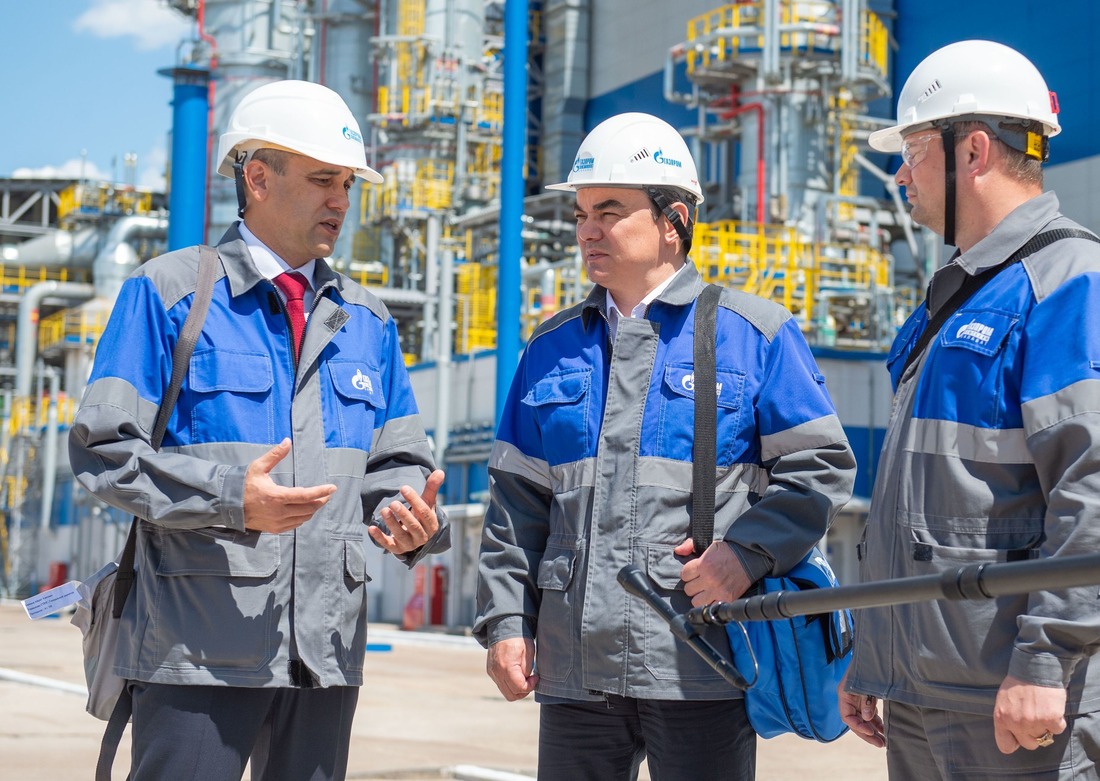 Ayrat Karimov, Director General of Gazprom neftekhim Salavat, describes the development potential of petrochemistry in Salavat to the Senator

Irek Yalalov showed his interest in capacities of the new plant, staff competence and company’s expected future development. During the meeting he pointed out that he was impressed by the scale of operations and by the fact that the Company went forward and kept constructing new plants.