On the 30th of August Radiy Khabirov, Acting Head of Bashkortostan, accompanied by Dinar Khalilov, Mayor of Salavat, and Ayrat Karimov, Director General of Gazprom neftekhim Salavat, visited the Company’s industrial site during his working trip to Salavat. 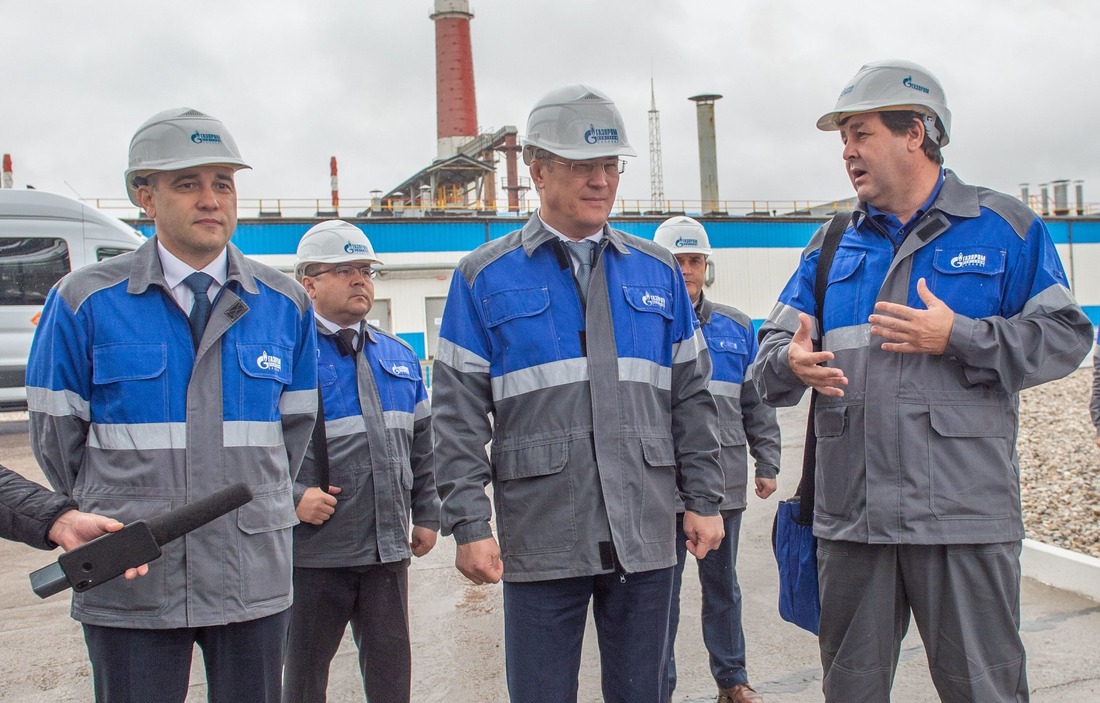 During the tour the delegation visited a number of units at the Oil Refinery, namely hydrotreatment, pressure swing adsorption units, isomerization unit of pentane—hexane cut. The said units were constructed or reconstructed in the course of a large-scale modernization of the Oil Refinery. 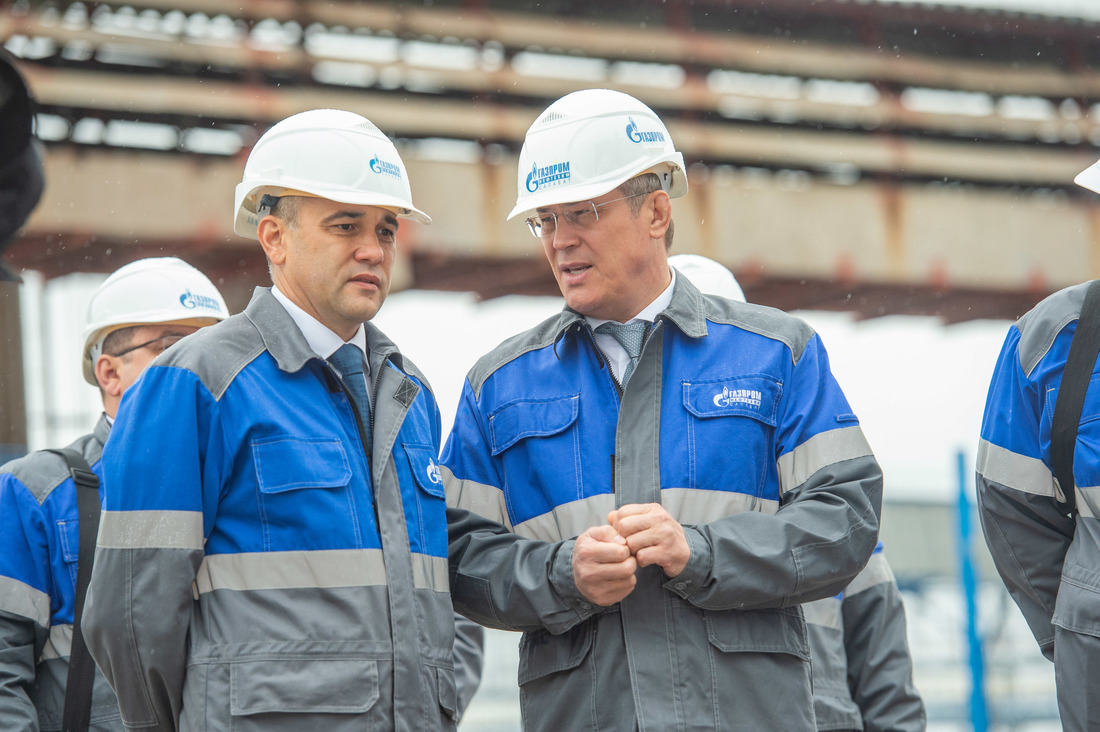 At acrylic acid and butyl acrylate plant, which is the largest one in Russia, Radiy Khabirov asked about prospects for further acrylic acid processing. Gazprom neftekhim Salavat investigates the possibility of superabsorbent polymers (SAP) production based on acrylic acid for the use in personal hygiene products, etc. In 2018 the Company signed a memorandum of understanding with Yixing Danson Science & Technology Co., Ltd, Chinese corporation owning SAP technology.

The next point of the tour was ethylene-propylene unit started up in 1984. EP-355 unit produces ethylene and propylene, a highly-demanded feedstock for petrochemicals production process. Ethylene and propylene are consumed internally as a feedstock for production of acrylic acid, polypropylene, polyethylene, and also used at industrial plants of Bashkortostan and Russia. As a result of revamping the capacity increased up to 355 kta for ethylene and about 160 kta for propylene. 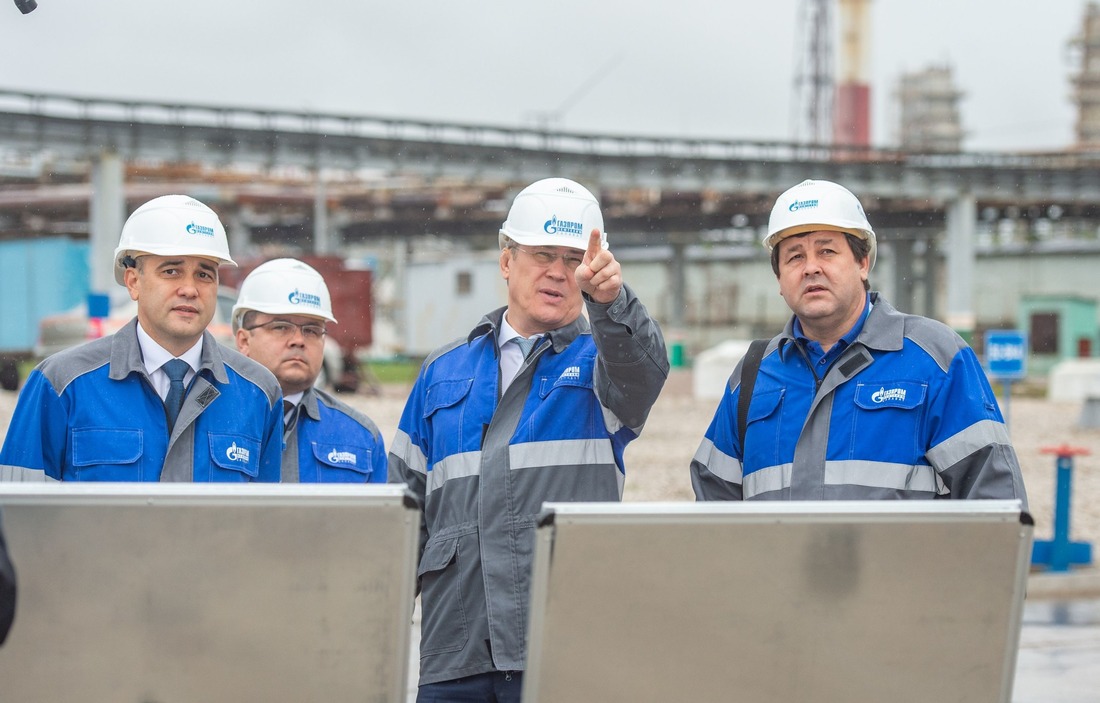 Giving an overview of petrochemical sector Ayrat Karimov, Director General of Gazprom neftekhim Salavat, pointed out that the Company as a major ethylene producer is connected to the only one ethylene pipeline in Russia, so—called “ethylene ring” connecting such companies as Kazanorgsintez, Nizhnekamskneftekhim, Ufaorgsintez, Kaustik and therefore giving them some advantages.

The delegation ended the tour by visiting Catalytic Cracking Complex under construction. It is the largest of the plants constructed at Gazprom neftekhim Salavat industrial site over the past 30 years. By the start-up of Catalytic Cracking Complex Gazprom neftekhim Salavat will complete modernization program of the Oil Refinery.

— This is a unique enterprise for our republic, — pointed out Radiy Khabirov at the end of his visit to the industrial site. — It is most advanced and high-tech, it strives to ensure a high level of social security for its employees, and that is of great importance. I am aware that the townspeople used to complain of the specific smell. Now, after the plant modernization, the situation is much better. However, we have just discussed with the Mayor of Salavat a possibility to install three additional air monitoring stations in different points of the town in order to ensure both external and internal environmental control within the Company.