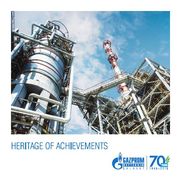 Gazprom neftekhim Salavat is Russia’s major petrochemical complex situated in the Republic of Bashkortostan in the town of Salavat.

A company set up in 1948 as Industrial Complex No. 18 in 10 years turned into a rapidly developing center of petrochemistry and oil refining.

By the end of the 1990s, Salavatnefteorgsintez set a course for the increase of production capacities: ethylbenzene, styrene and polystyrene facilities were constructed. Nowadays, bitumen, high density polyethylene (HDPE), urea granulation, visbreaking and vacuum distillation (AVT-6) production units, the latter with the capacity of 6 mta, have been put into operation. 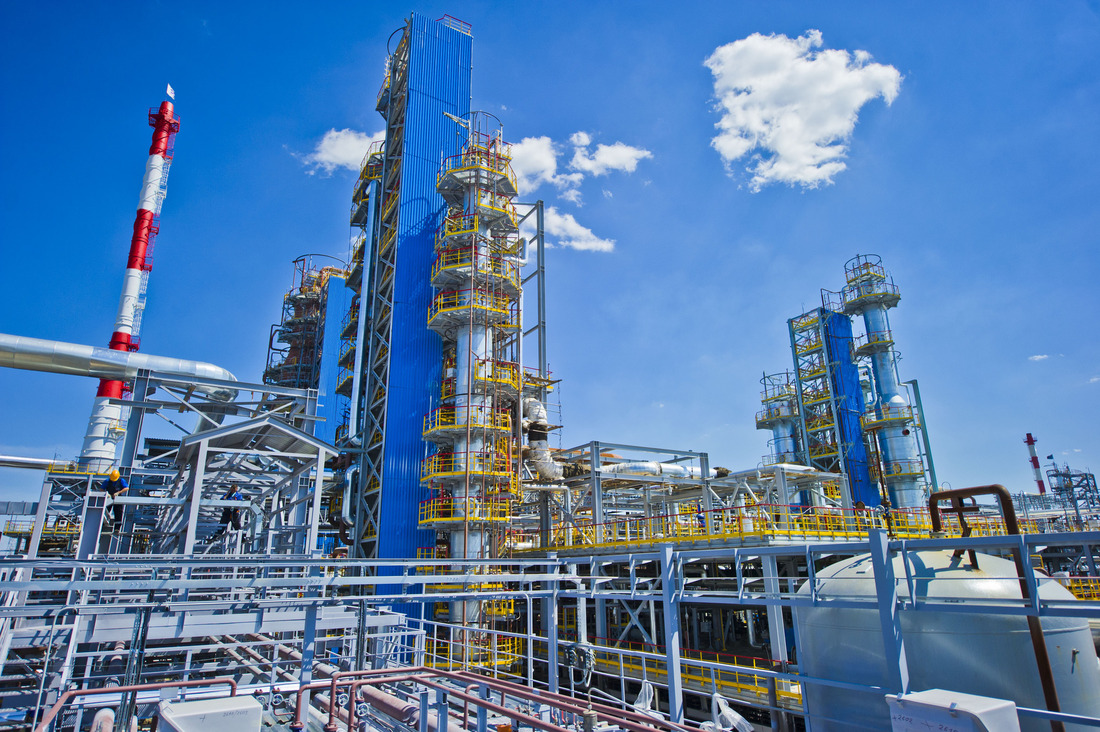 In 2011, the Company was integrated into the Gazprom system. 99.9% of Gazprom neftekhim Salavat shares belong to Gazprom Pererabotka.

Gazprom neftekhim Salavat is one of the leading companies of Gazprom Group in oil refining, petrochemistry and mineral fertilizers production. 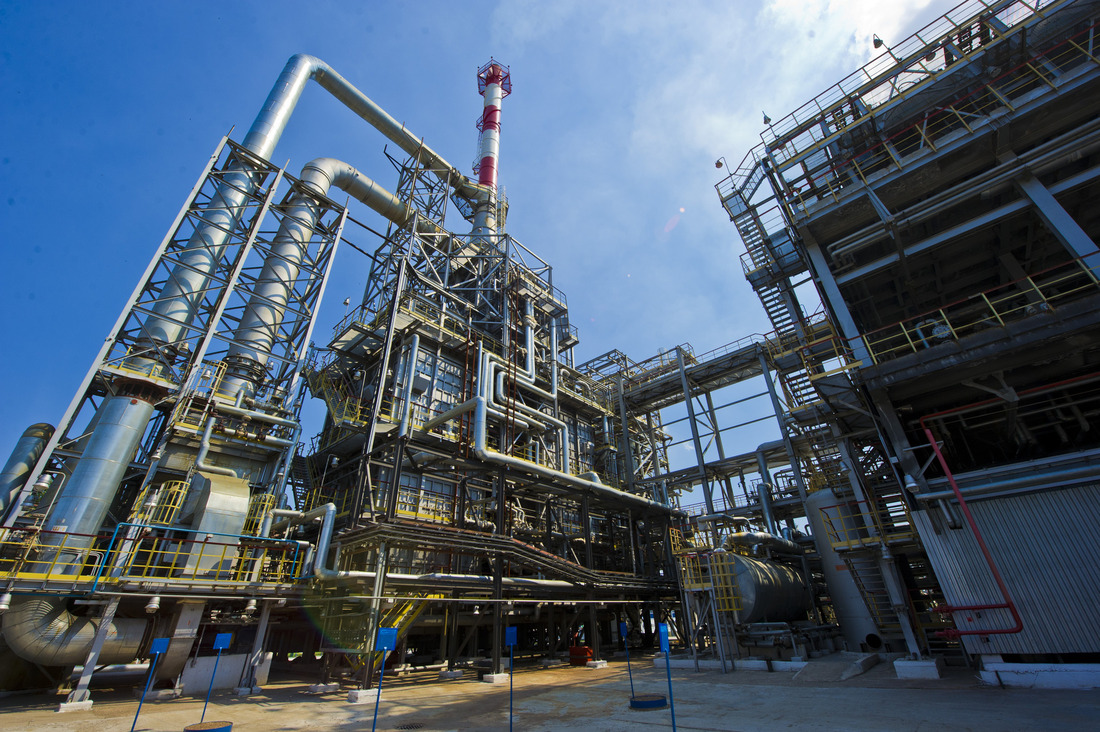 The Company takes one of the leading positions in the domestic production of a range of products including butyl alcohols and plasticizers, styrene and styrene copolymers. 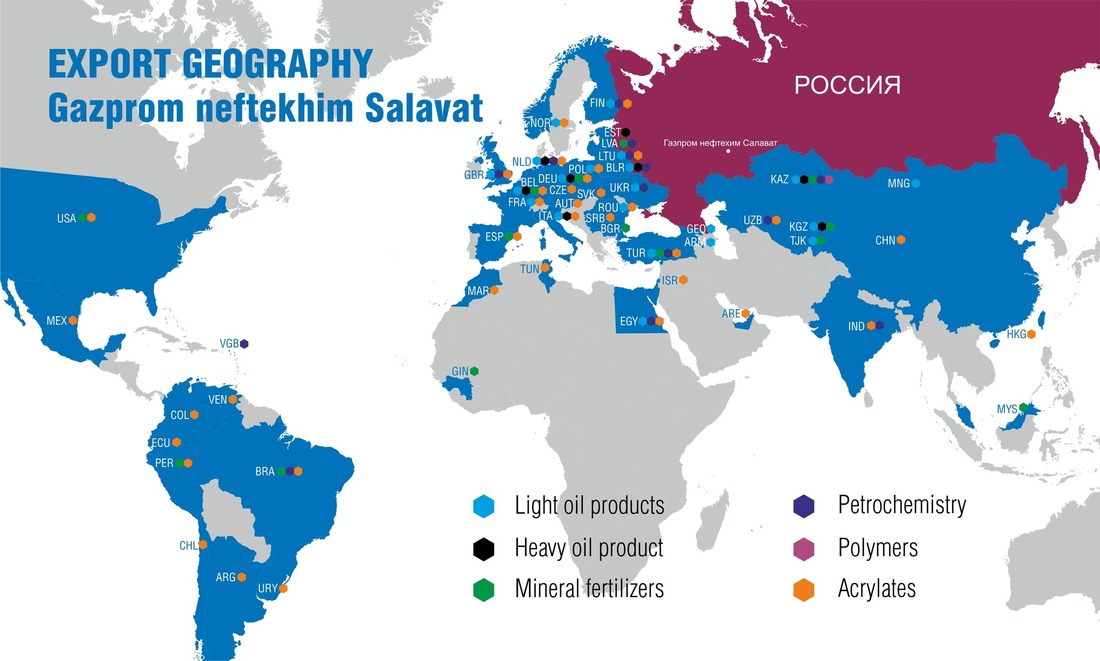 The products are exported to all the federal subjects of the Russian Federation. The export reach covers over 50 CIS and non-CIS countries including China, Brazil, the UK, Western Europe countries and the Baltic states.

Gazprom neftekhim Salavat operates based on such principles as minimization of energy-output and materials-output ratios along with highest possible labour capacity. The Company ensures dynamic and sustainable development and places high emphasis on programs in energy saving, resource saving and environmental protection. It acquires and establishes new, mostly innovative, technologies in the mentioned spheres, following the example of Gazprom parent company. 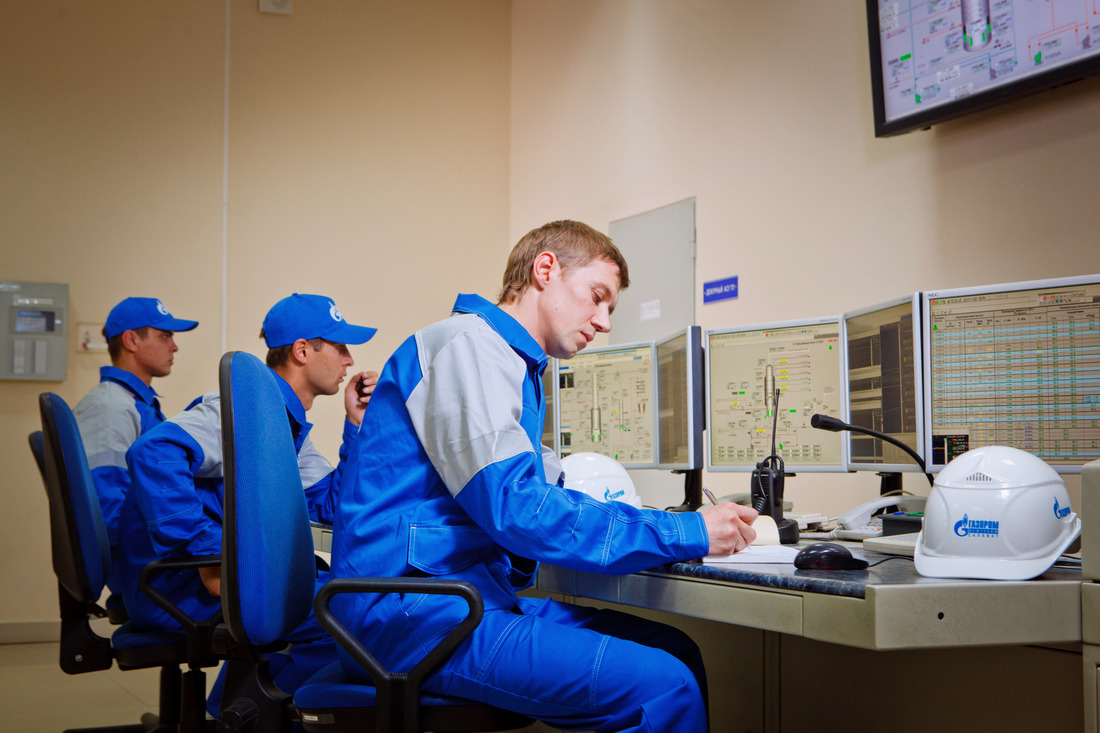 The Company is actively involved in realization of social projects. The employees are provided with a full package of social guarantees. 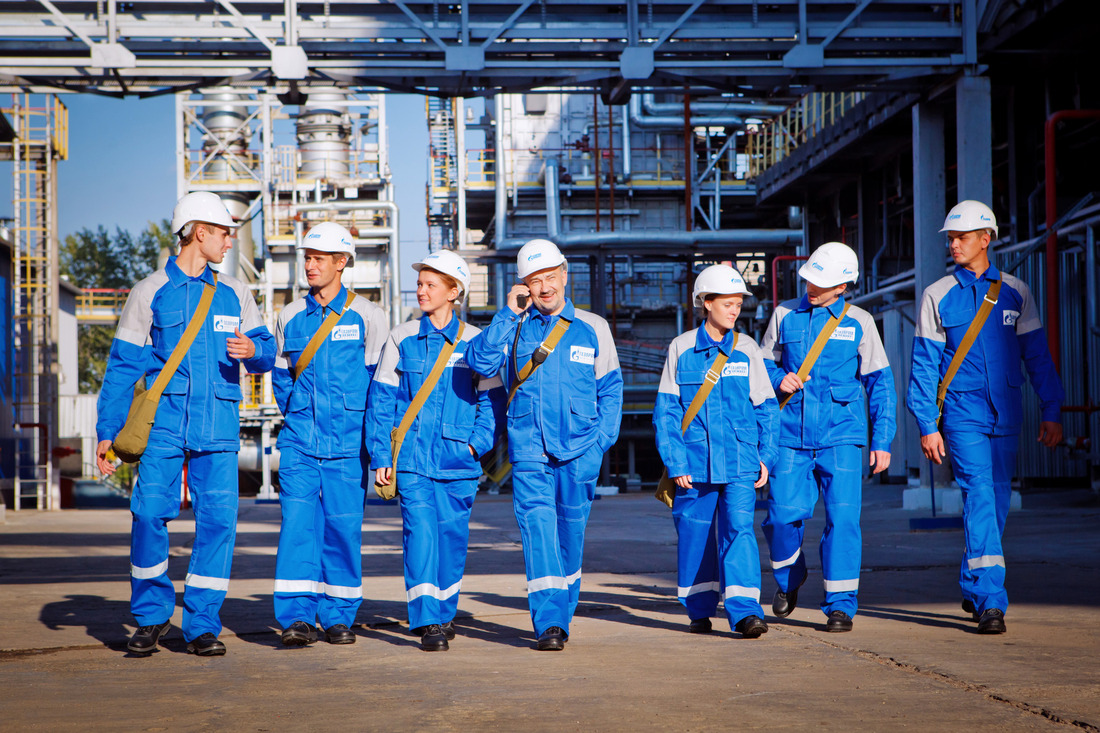 Personnel of the Company

Medical services are provided by Medservis, an advanced clinic.

The Company has constructed up-to-date sports facilities for sports activities, such as the Salavat Sports and Concert Complex with an ice rink and a swimming pool, the Neftekhimik Sports Palace, and reconstructed the stadium and the town park. 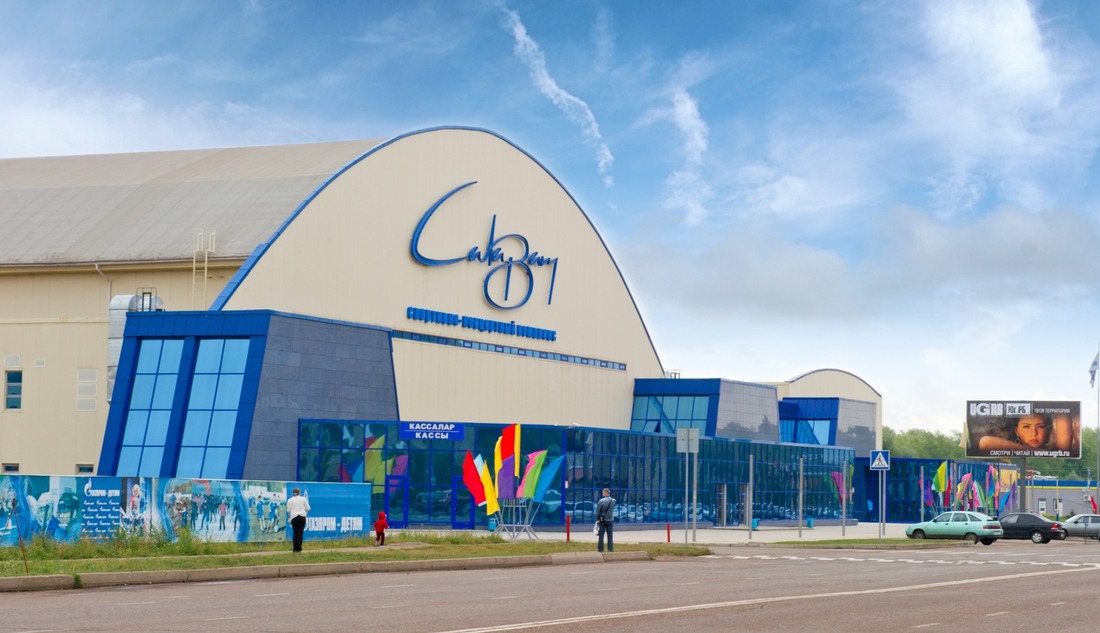 Creative teams of the Neftekhimik Palace of Culture take part and win in the corporate Fakel Festival. 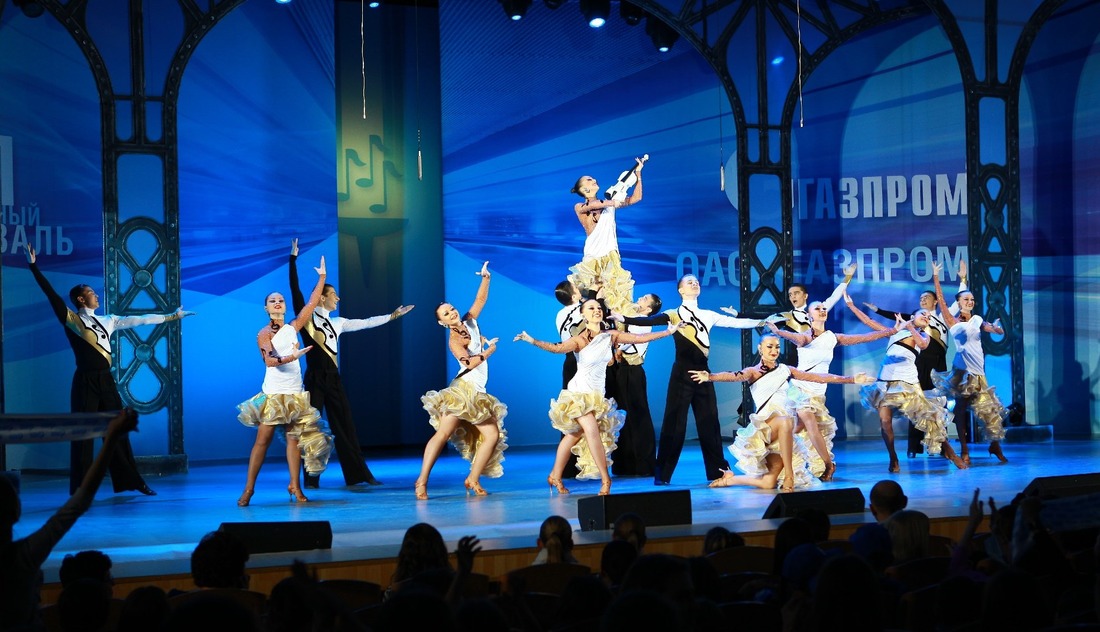 The Company maintains a youth policy. It has continuously been developing a talent pool for its own production purposes, beginning from school age. Sputnik Children’s Recreation Camp is the Russian leader in the arrangement of children’s recreation. 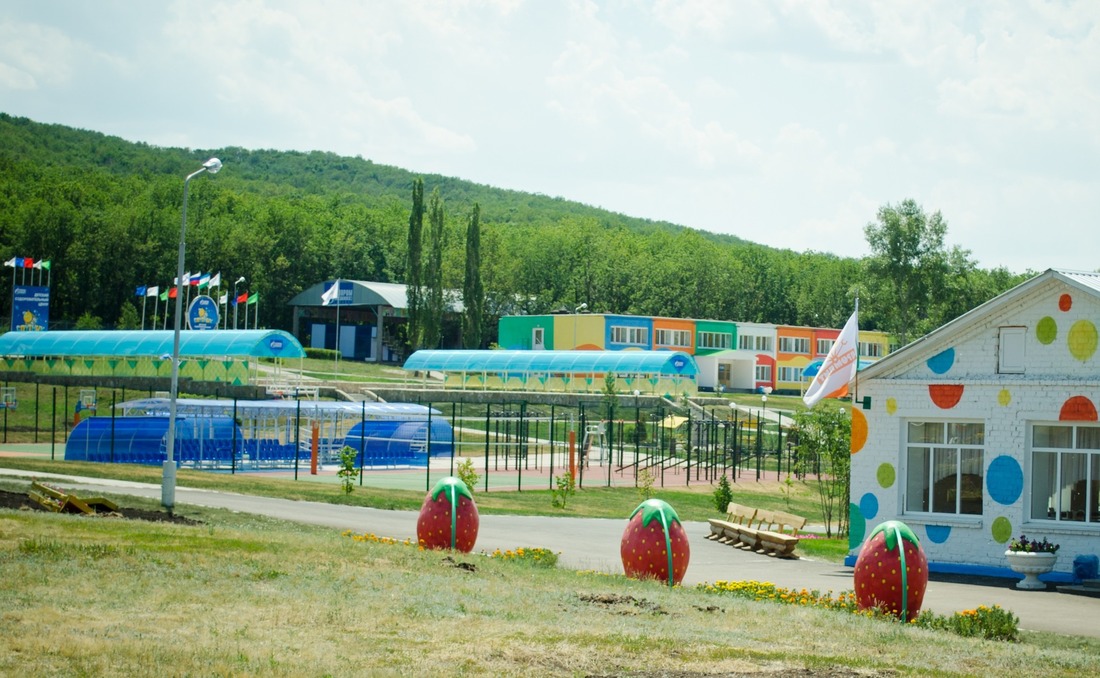 The Veterans organization unites 9.5 thousand pensioners of the Company. The primary trade union comprises over 4500 members.

To date, the Company has made its policy to implement a large-scale investment program. It aims at construction of new and revamp of the existing production facilities based on modern and environmentally friendly technologies. 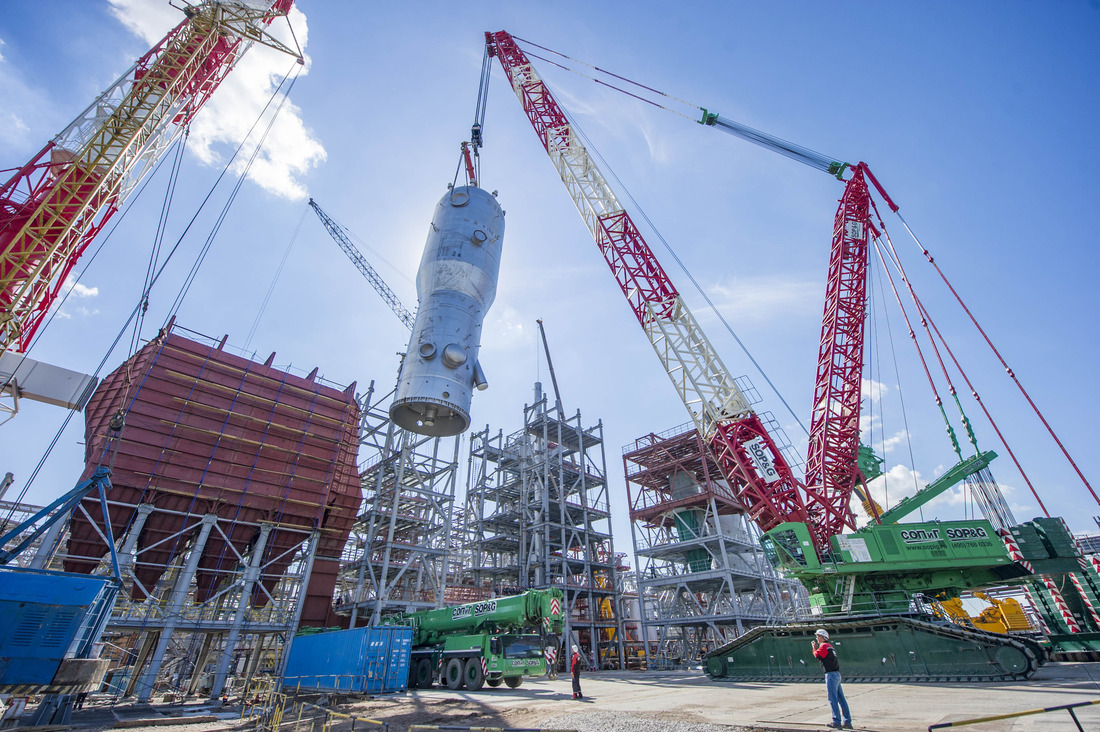 Installation of the large-tonnage equipment at the Catalytic Cracking Complex. July 2016