On July 2–4, Gazprom neftekhim Salavat hosted on its site events dedicated to experience exchange between Gazprom and Gazprom Neft in order to enhance the processing efficiency of crude hydrocarbons. 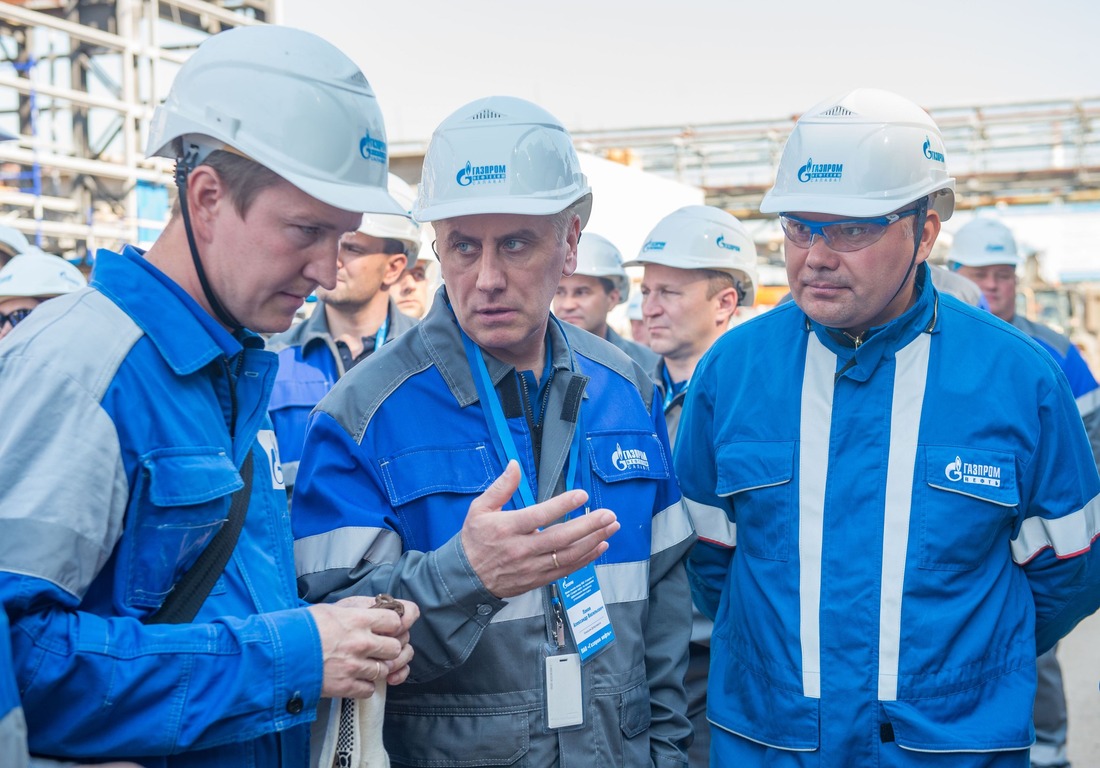 On site of Catalytic Cracking Complex under construction

An agenda was arranged in a way that the site visits of Gazprom neftekhim Salavat followed discussions of the current business issues of the companies. 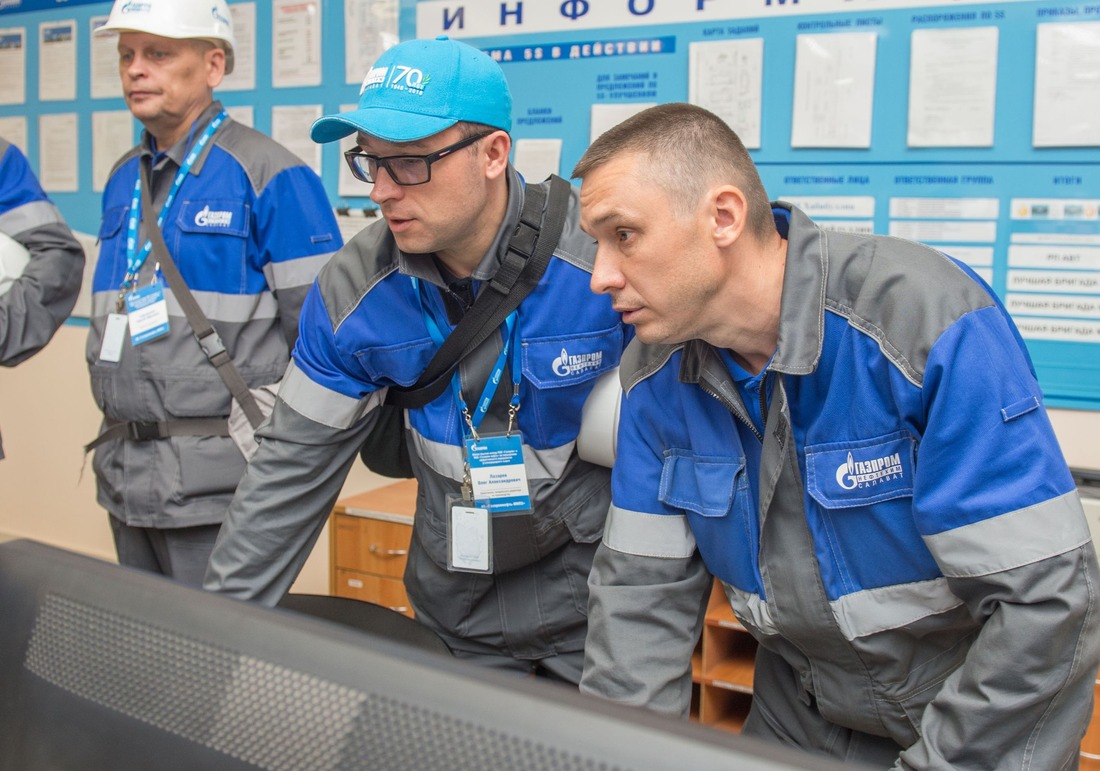 On the following meetings, the petrochemists presented to the guests a program for cost reduction and budget revenue increase in 2015–2018. It was basically aimed at saving energy costs through optimization of unit operating practices, reduction in wastes of hydrocarbon gases to flare and in consumption of associated natural gas due to routing pipelines to new consumers, as well as through decrease of unit consumption on account of optimum performance, recalculated process conditions and new equipment. Cost reduction is also achieved by substitution of reagents, materials and services for the more cost-efficient ones. These measures are instantiated by the arranged hookup of fuel gas from the Company’s network to ELOU AVT-4 unit — as a result part of natural gas was substituted with fuel gas. 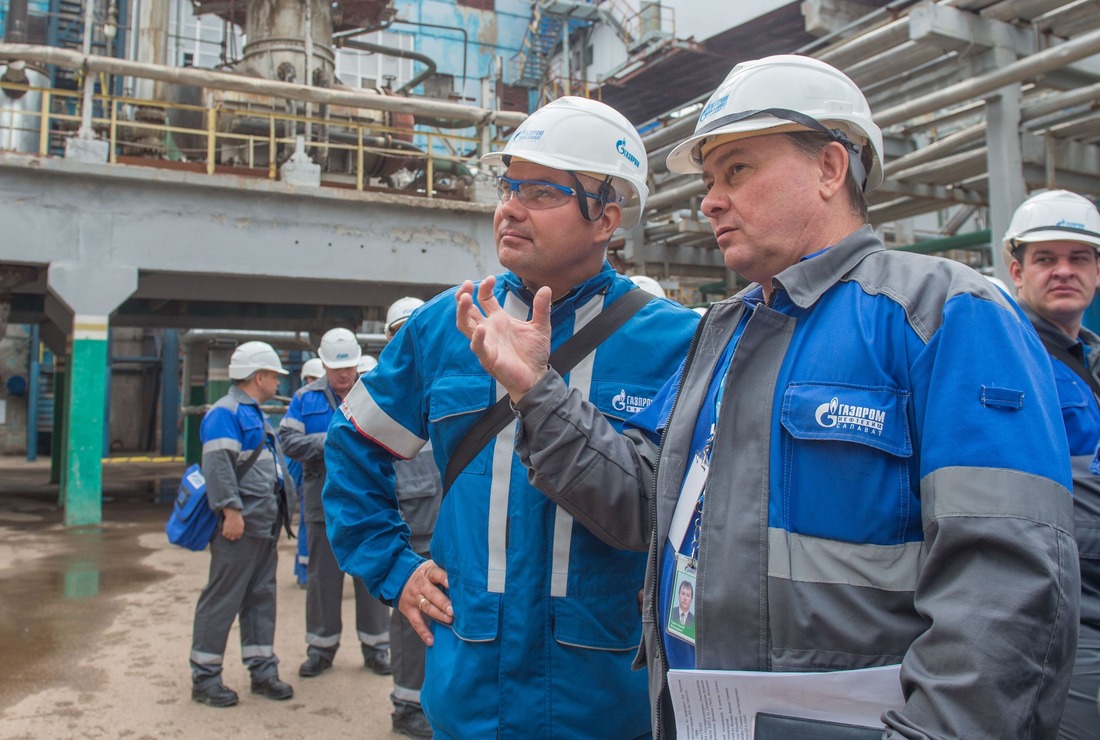 Concurrently, within the last three years, measures oriented to higher income level were taken. Among the main ones are the process optimization of ELOU AVT-6 unit by involving the long residue from ELOU AVT-4 unit into the processing scheme, change in the consumption rates of furnace flows, and an optimized product line. The revenues additionally grew following excise tax deductions with regard to refining of straight-run naphtha that is used for petrochemicals production. Replacement of feed, namely West Siberian oil by the Tsarichanskoye field oil, had a positive effect on increasing the marginal output. Owing to reasonable cooperation with efficiency experts, a high-performance project such as marine gas oil production was implemented.

The participants of the meeting also focused on overhaul arrangement at the facilities of Gazprom neftekhim Salavat. As of today, the Company has switched to the program of condition-based maintenance (CBM) of rotating machinery parts. A two-year run life strategy for the major part of the workshops and plants was adopted — this allowed to shorten the standing time related to shutdown (during preparation) and start of facilities as well as to cut down the costs associated with equipment assembly and disassembly. The new two-year run-life strategy has been featured by better profit margins of the Company for lack of annual shutdowns. 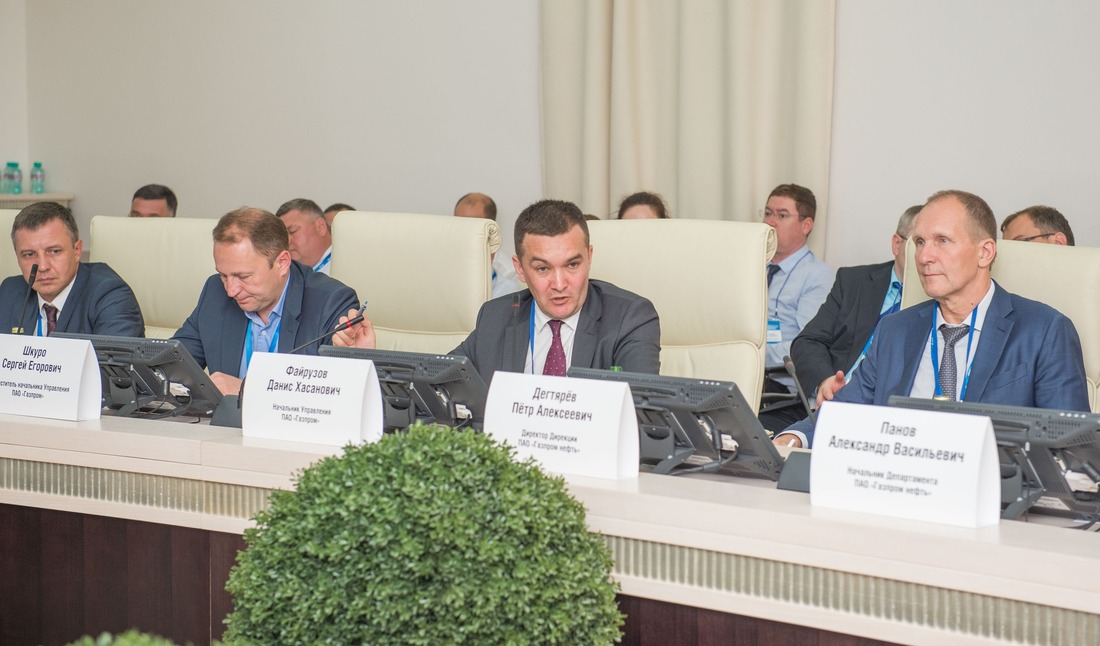 — This is our second meeting with the colleagues from Gazprom Neft. We are a Group of Companies and constantly communicate, showing an interest in the refining facilities and their results achieved. This time, it is Gazprom Neft that selected the Salavat site. The site attracts by its capability to process all liquid hydrocarbons recovered by Gazprom Neft in Orenburg. Here the Refinery is distinctive: it processes crude materials transported from 6 sources and having variable flow rate and quality. Such refineries occur only abroad — in Italy, Japan and China. Oil refining and petrochemical sectors are integrated in Gazprom neftekhim Salavat that is nowadays more than ever promising and advantageous, since not all companies pursue mere refining. In the context of widely implemented primary processing, which progressively gets outdated, companies take into consideration value-added processing, specifically oriented to petrochemicals.