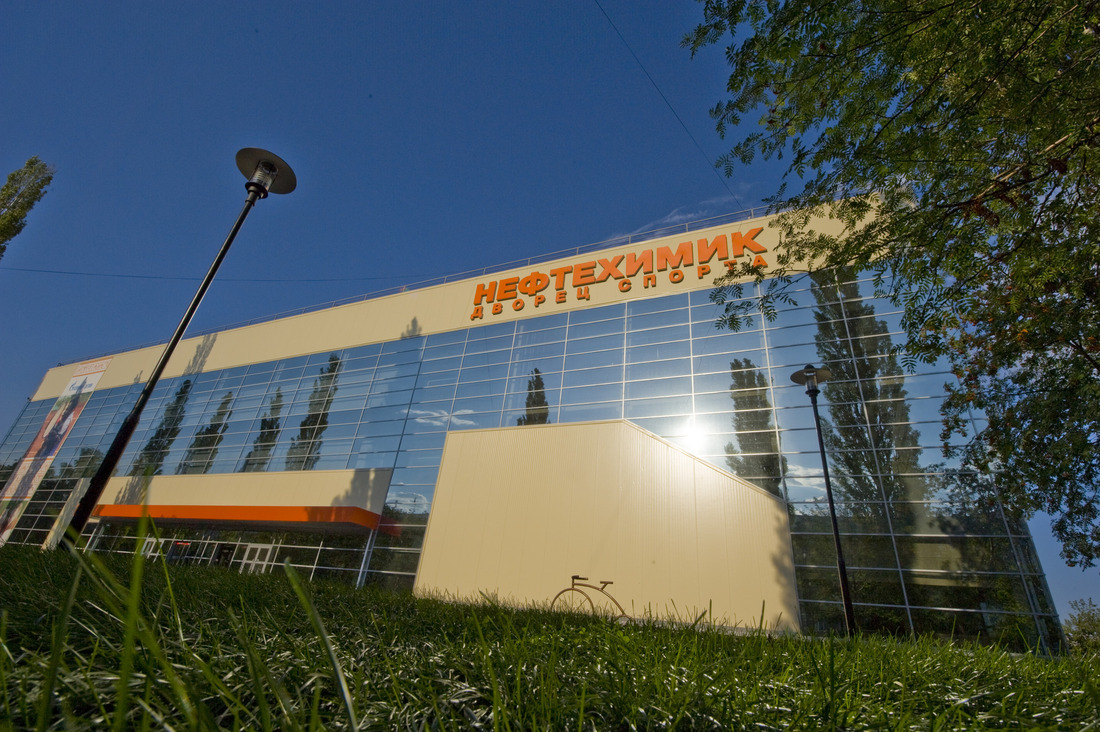 In 2009, the results of inspection proved the building to be of limited use, it was dismantled in May, 2010, and a new construction started in September, 2010.

In order to study the experience of constructing modern sports buildings, while preparing the Neftekhimik Sports Palace reconstruction project, the Company’s specialists went to see the most up-to-date sports facilities recently constructed in Russia. In the course of modernizing the Sports Palace the specialists were inspired by the concepts of the AK BARS Combat Sports Palace, Basket-hall and Lawn Tennis Palace in the city of Kazan. The up-to-date technologies and materials were used in construction. 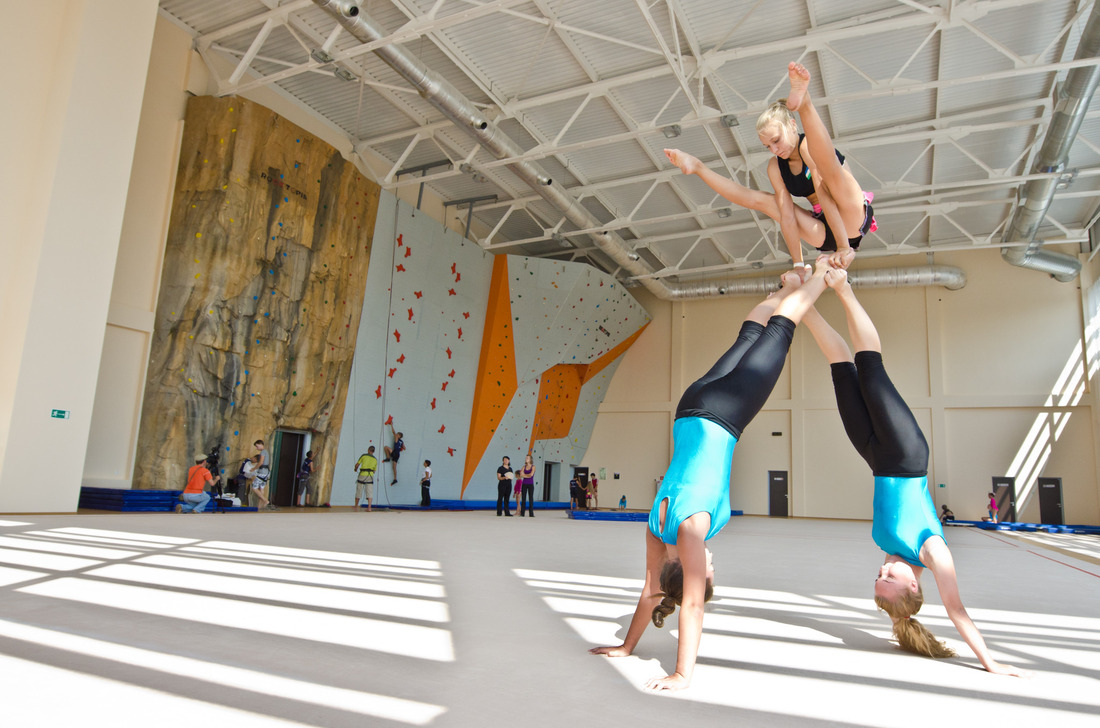 Acrobatics and climbing hall of the Neftekhimik Sports Palace

In fact, a former Sports Palace was replaced by a new up-dated multi-functional sports facility. 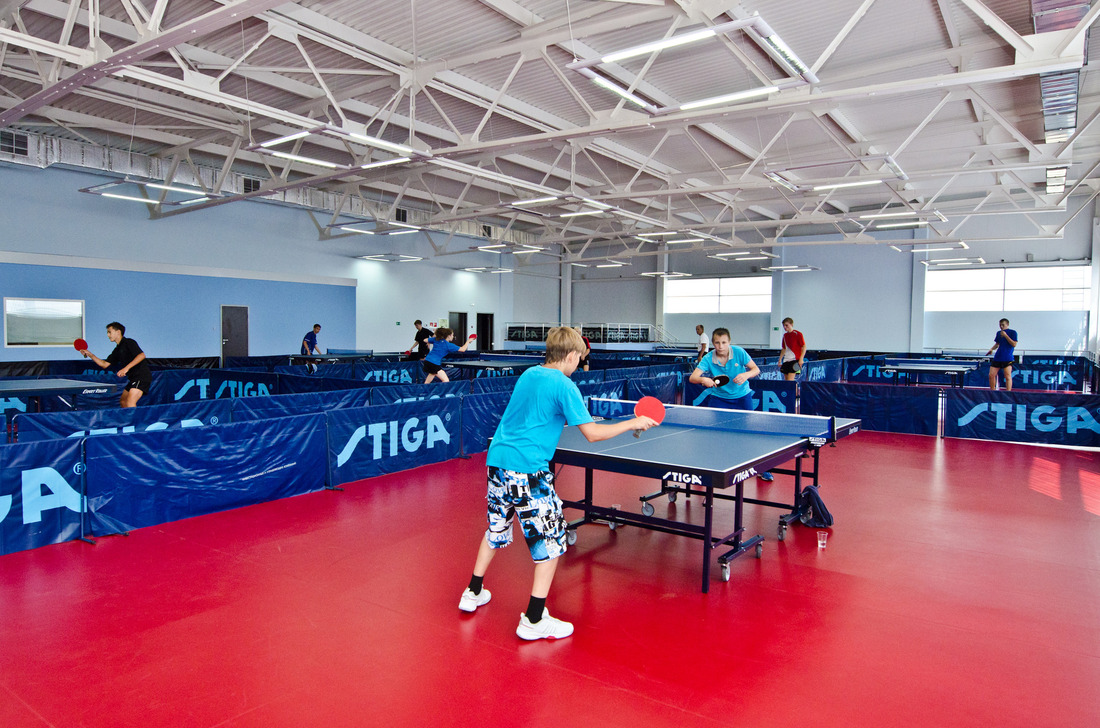 The Neftekhimik Sports Palace, which is of 14,000 m2 in area, comprises 8 big halls and a climbing wall: 2 multi-purpose halls (for playing basketball, volleyball, handball, going in for judo and holding international competitions), a weightlifting hall, a wrestling hall, a table tennis hall, a fitness hall, a gym (equipped with exercise equipment unique for Bashkortostan). 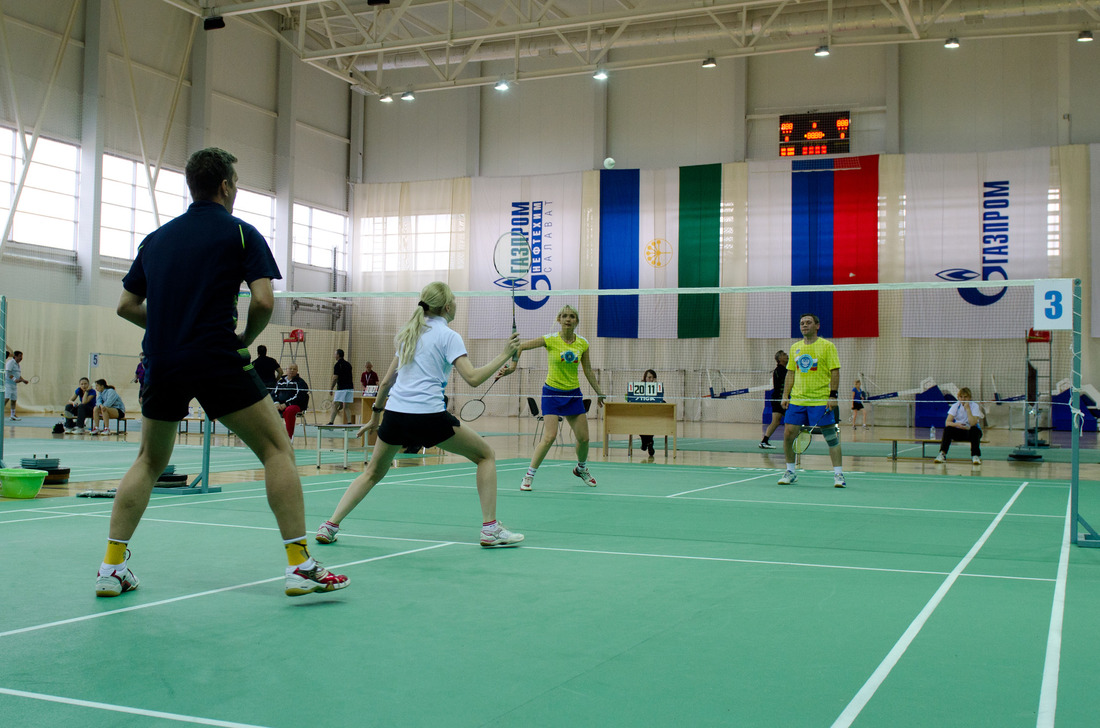 The Ice Palace, as part of the Salavat Sports and Concert Complex, was constructed by Gazprom neftekhim Salavat within the Gazprom for Children program. 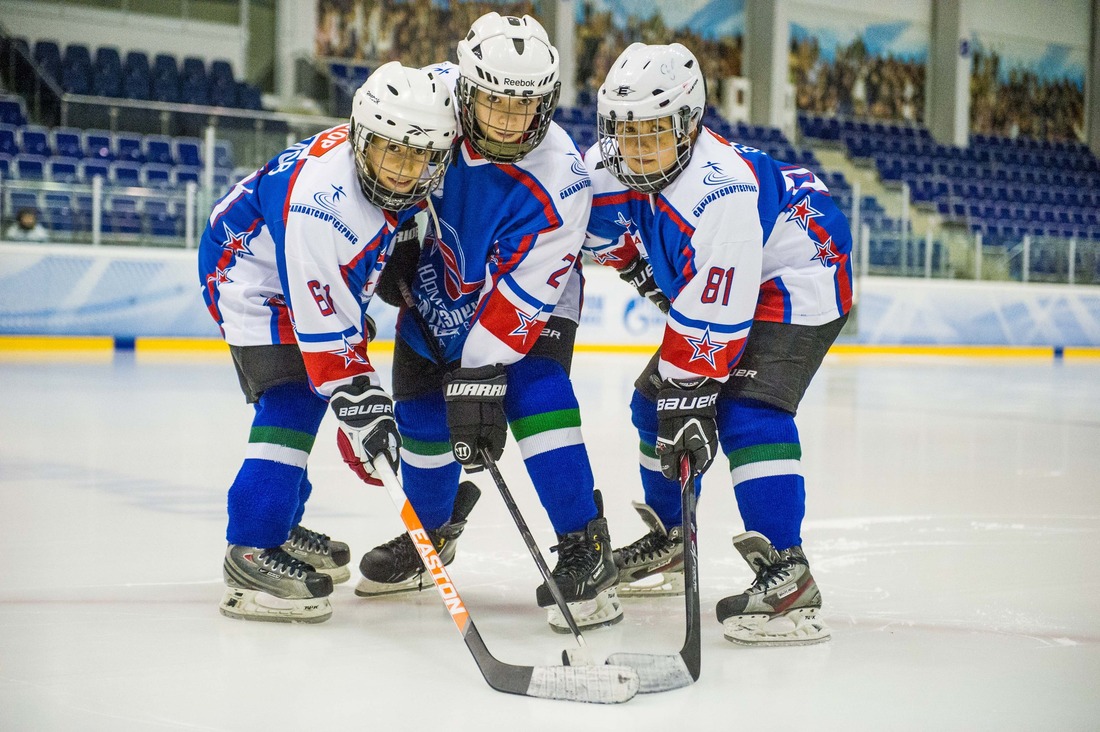 Young hockey players, the trainees of the branch of the Saint-Petersburg SKA Academy

The conditions provided there allowed opening a children and youth hockey and figure skating department, training reserve for successful performance of Salavat sportsmen at Russian and International competitions.

The construction of the Zolotaya Rybka Swimming Pool was supported by Gazprom neftekhim Salavat within the Gazprom for Children program. The swimming pool is connected by an indoor gallery to the Salavat Sports and Concert Complex. 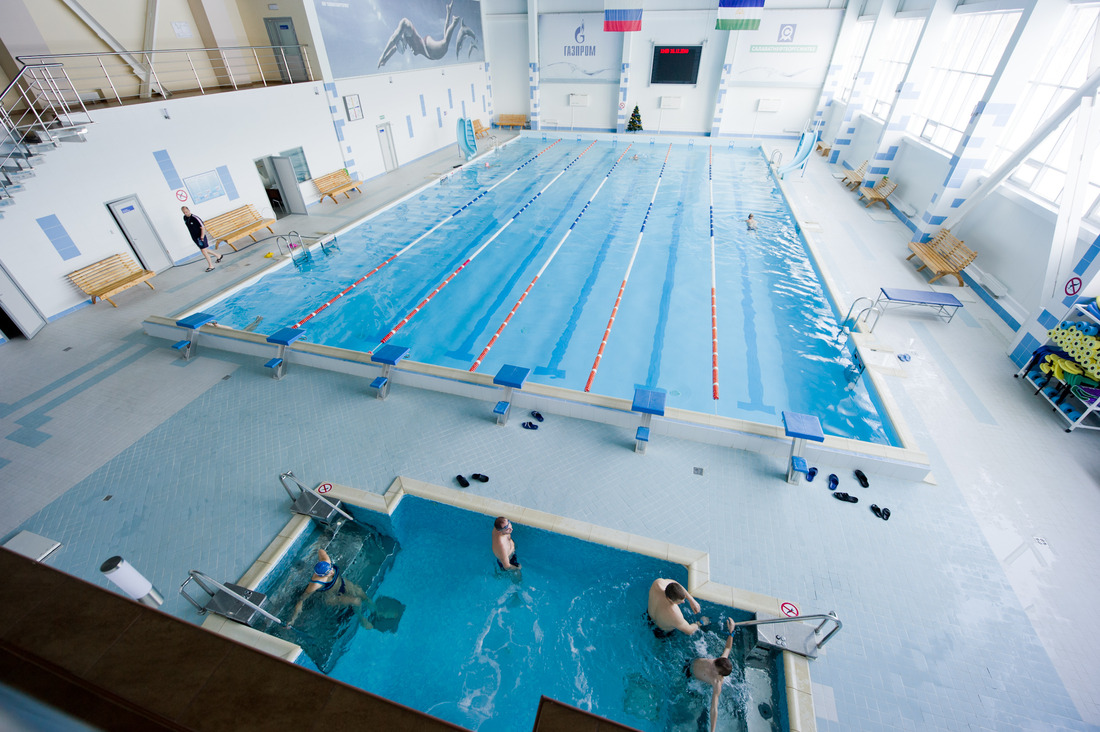 The construction started in March, 2008. In 2009, the sports facility opened. 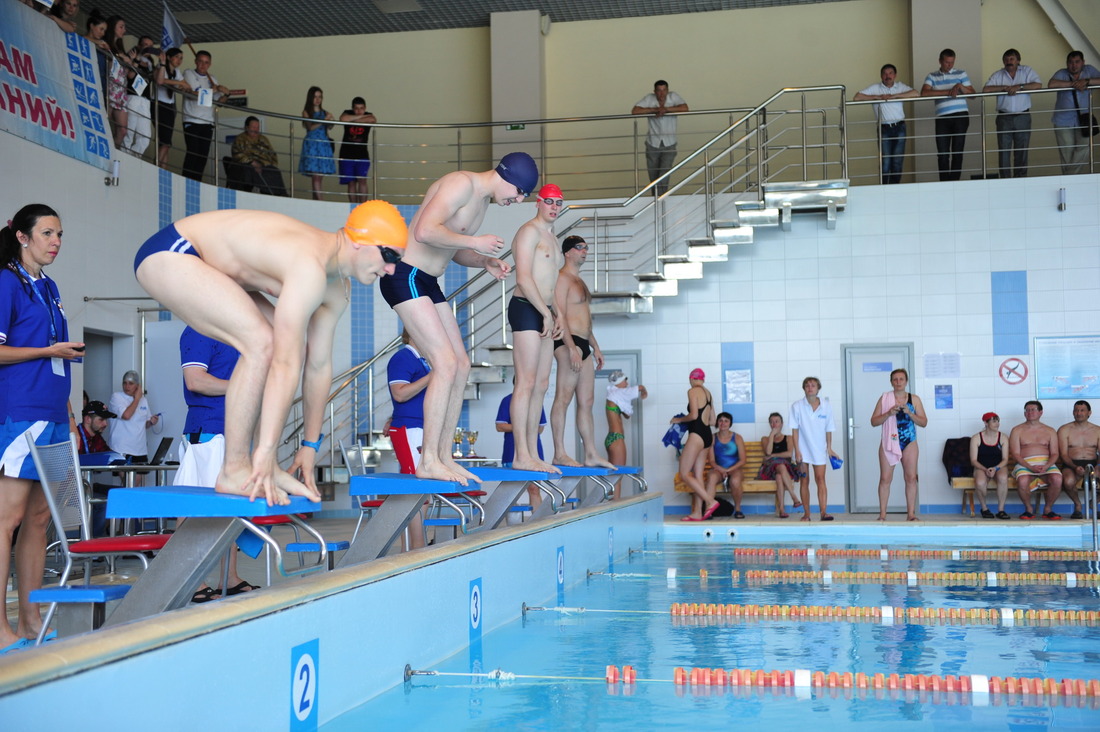 There, everything helps to take proper rest, stay physically fit and become healthier and more positive.

Due to successful development of Gazprom neftekhim Salavat, the town of Salavat has become one of the biggest centers of petrochemistry and oil refining in Russia. The Company’s investments made it possible to promote mass and children’s sports and the sport of records. 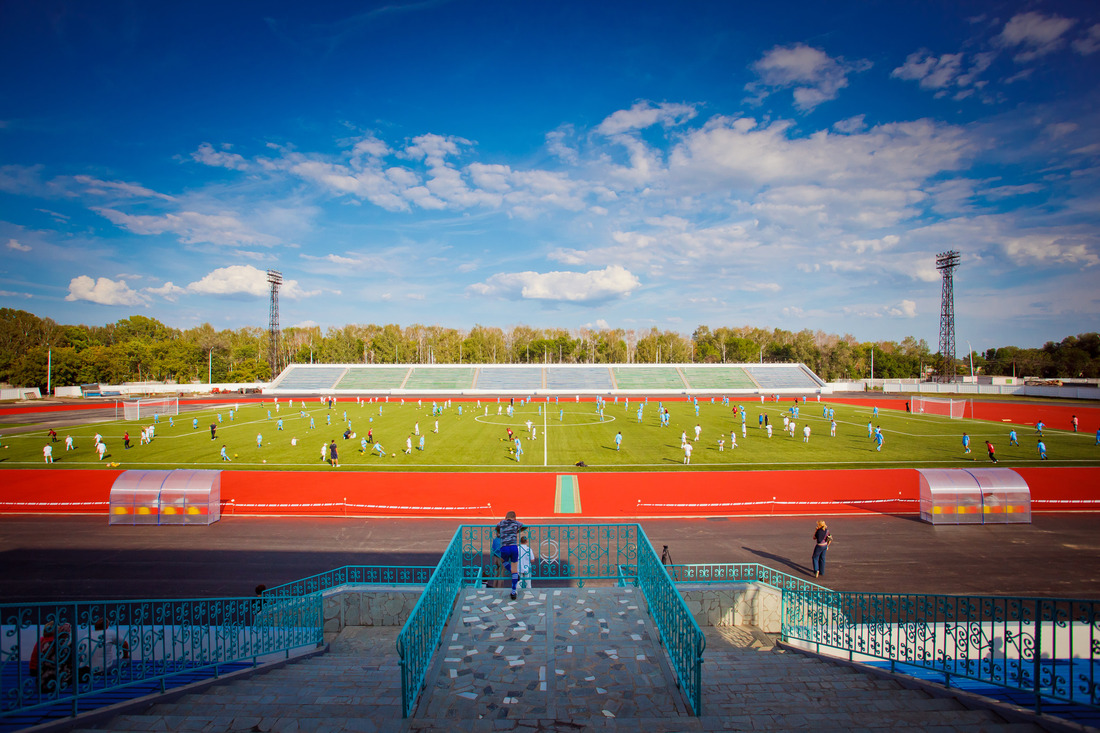 The town holds all-Russian and international competitions, coaches from abroad become permanent guests at sports grounds, Salavat citizens make it to the top of the pedestal more and more often.

In 2012, with the opening of the 50th Anniversary of October Stadium after renovation, sport got a new incentive for development. The reconstruction works started in 2011, which was the 45th anniversary of the stadium foundation. After several months of intensive work, the stadium got state-of-art artificial turf, modern illumination and sound systems, a new electronic table. All the equipment is produced only by leading world manufacturers. 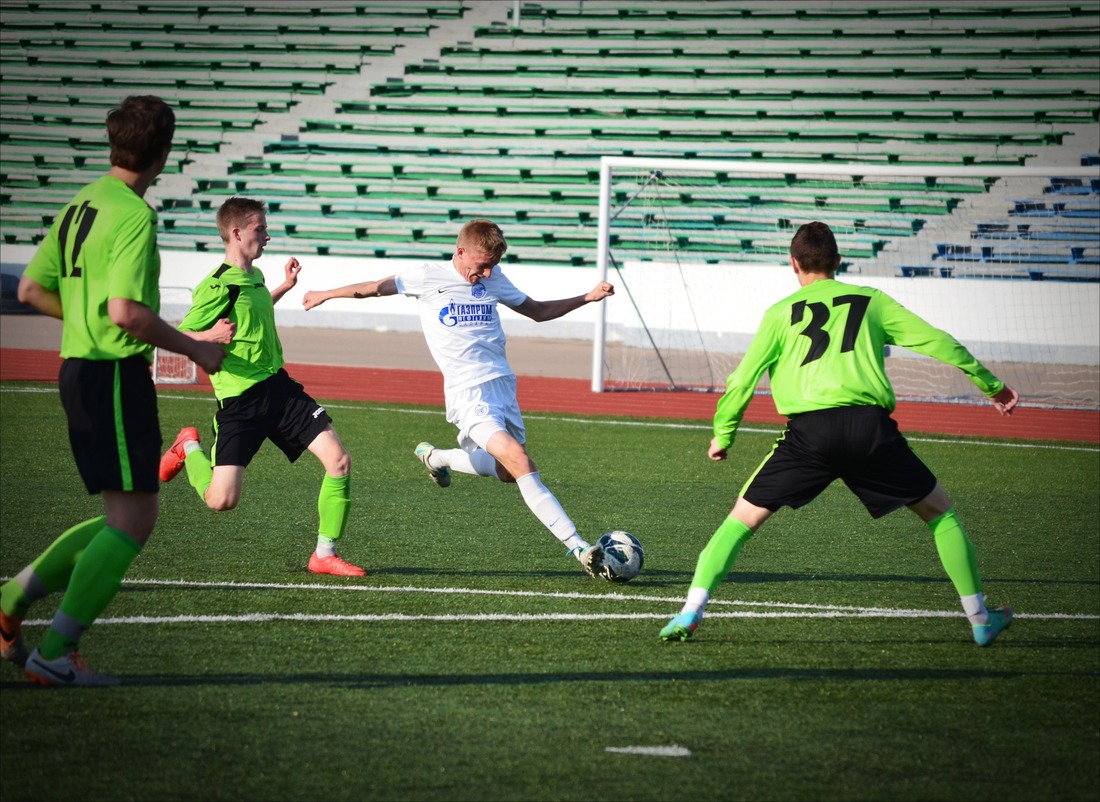 The quality of new run tracks allows holding federal competitions there. The stadium illumination complies with the regulations of the Football Union of Russia for holding competitions of Division 2 (500 lux, horizontal).

In 2011, the inside of the stadium western stand was renovated as well. Now it houses the Salavat branch of Zenit Football Club Academy. The coaches and players are provided with eight changing rooms, a medical room, a referee’s room and a classroom. 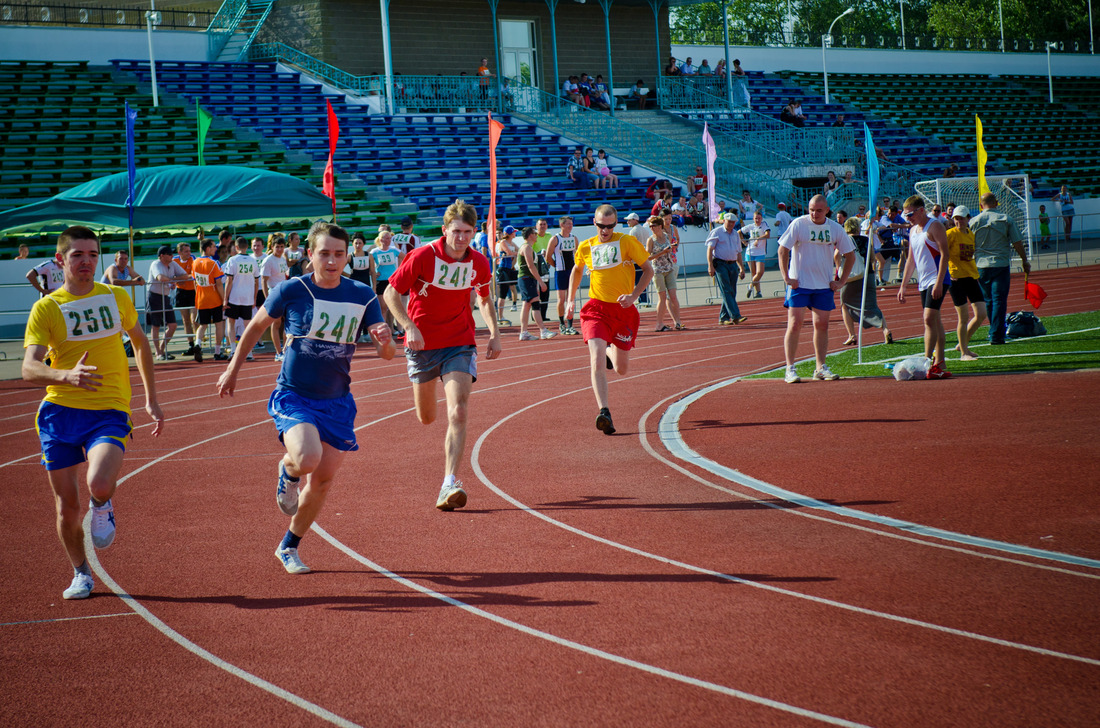 Athletic race of the Spartakiada games among the Company’s employees

The 50th Anniversary of October Stadium holds republican and Russian sports events on a regular basis. There are football, track and field events, polyathlon and other competitions. The stadium is also most popular with those citizens that love sport and have a healthy lifestyle.

Within a walking distance of the stadium there are the Salavat Sports and Concert Complex with an indoor rink, the Zolotaya Rybka Swimming Pool and the Neftekhimik Sports Palace. These modern sports facilities were also constructed with the assistance of Gazprom neftekhim Salavat. The stadium borders a town park which, after its capital renovation completed in 2012 by Gazprom neftekhim Salavat, got new run and cycle tracks and sports grounds.